Skip to content
Transformative Action proposals assumed by Popular Movements around the World in dialogue with Pope Francis2016-11-07T23:31:38+01:00

The excluded, men and women, reunited in this third World Meeting of Popular Movements affirm that the common source of the social-environment is the tyranny of money, the current capitalism and ideology that doesn’t care about human dignity.

We are creditors of an historical, social, economic, politic and ambient debt that must be paid off. Therefore, we formulated thousands of proposals in consequence of the ten commitments we assumed in the meeting of Santa Cruz de la Sierra on 2015.  All of them are vital, but this time we want to share:1We want to remember Berta Cáceres, leader voice on our first Meeting, murdered for her activism to promote change. We demand to put an end to the persecution of popular referents. We all defend the right to peace, based on social justice.

We want to work together with Pope Francis so these ideas can turn into real and effective rights locally, nationally and internationally. We encourage local churches to accept the messages of Pope Francis and make them true. 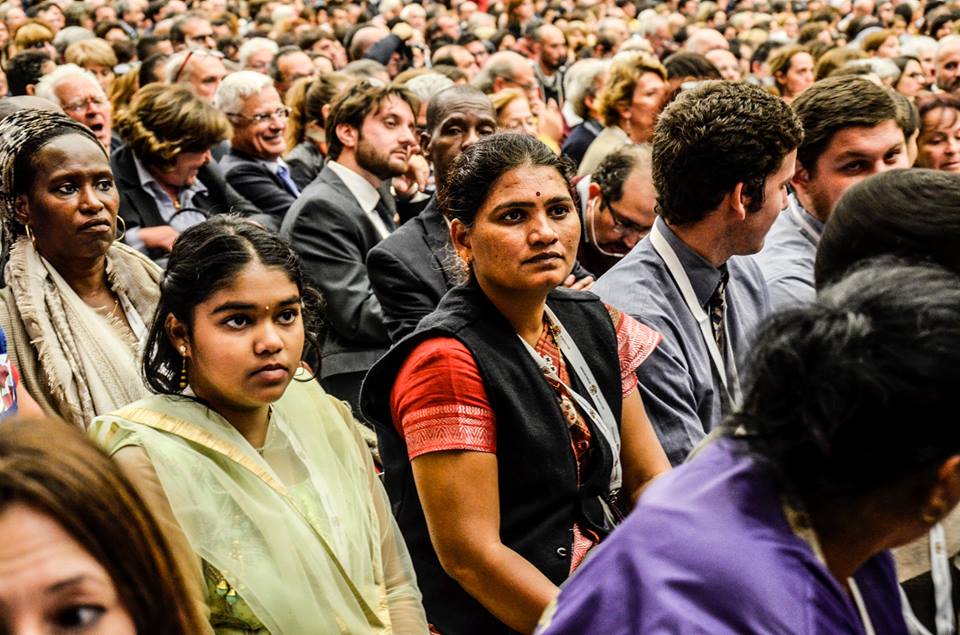