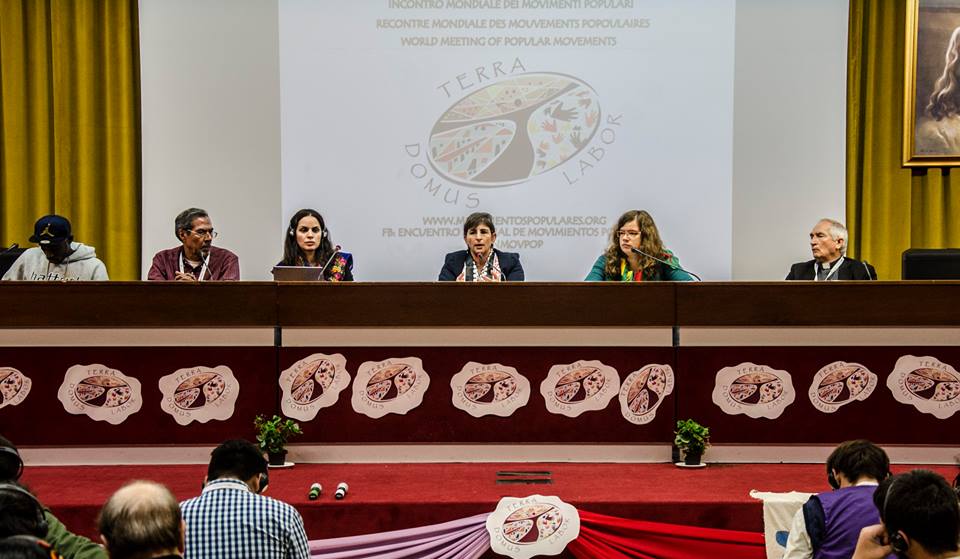 On the third day of analysis, dialogue, and work, delegates to the Third World Meeting of Popular Movements have completed the panel discussion titled «Displaced Persons and Refugees».

The panel discussion began with a sad recognition of today’s two shipwrecks of refugees in the Mediterranean, which cost the lives of more than two hundred people.

Carlos Marentes, who works on the border of Mexico and the United States, began by providing a definition of migration «as a form of resistance in itself; it is a constant struggle to not disappear in this system that makes migrant people invisible” («discarded” people, as Pope Francis says). The migrants will continue to resist, to fight with all their strength and their lives «in search of a dignified life.” In the opinion of Marentes, «the international community, all of us, we are moved by the image of a dead child on European shores, a dead child on the Mexican border, and the global outrage that these images represent.” Migration policies of governments, rooted in inflicting guilt and criminalization, create a framework where the migrant «becomes a burden to society which accuses them of being the cause of the economic problems in many countries,» he shared with the assembly of delegates.

Nursen Kilic pointed to the need to address the causes and conditions that generate migration: «War is not the lone cause; so are hunger, lack of potable water, lack of access to education, health, and work.» In this sense, Kilic believes that given these realities of impoverishment and dehumanization, we need to generate a firm commitment of «international solidarity of all peoples of the world to ensure freedom, rights of people and, above all, new forms of democracy, which is more participatory, that empower people in decision-making.» This representative of the Kurdish Women Movement considers the voice of the Pope essential and important, “given the Pope’s position and calls on the international community» to expose the problem and find solutions.

Moustapha Ndao, a Senegalese man living Barcelona, recounted before the delegates of the World Meeting his personal experience of migration: «I put my life at risk to come to Europe. I wanted to improve my life, but the result has been the opposite. I was met with situations of racism: the police and judicial racism,» he said. So much so that Moustapha told his African brothers and sisters to «stay in Africa and try to improve your living situations in your country.» For Moustapha, life in Spain is a painful reality where one «suffers a lot. You have to fight hard to try to survive. We cannot find work, given immigration regulations as restrictive as they are in the country. We cannot even sell on the streets to pay for the lights, water, or gas. They persecute us, beat us and imprison us.»

Palestinian Sahar Francis, a lawyer and defender of Human Rights, told about the situation of habitability in «Palestinian villages that are within the boundaries of the State of Israel, which not only are not recognized, but are destroyed and are expelled from these territories.” Those Palestinians who choose to risk and stay in their territory are deprived and «denied all their rights, becoming invisible to the state.” Ms. Francis shared about the permanent reconstruction of a Palestinian village «rebuilt 99 times»; how the authorities «tell them they do not have permission to build, and shoot them down in every house»; how Palestinians «then rebuild and then are destroyed again, again and again,» thus dealing a blow to human rights.

The morning concluded with Archbishop Silvano Tomasi, who contextualized the global nature of the migration situation, which «is not a European problem, it is a global problem, and only when understood in this way will we build a global response to try and solve it. The problem is that there are first- and second-class citizens in all of our societies. And it is the latter who do not access social benefits in their states, and for that reason are forced to leave their homes, their families, their friends, their societies.”

Pepe Mujica, president of Uruguay, will take part in the afternoon plenary

Jose «Pepe» Mujica, ex-President of Uruguay, will share during the afternoon session from 17:00h (local time), with a reflection about the axis of work that is being discussed by the 200 participants in this third World Meeting, which will conclude with an Action Plan to be presented to Pope Francis on Saturday. 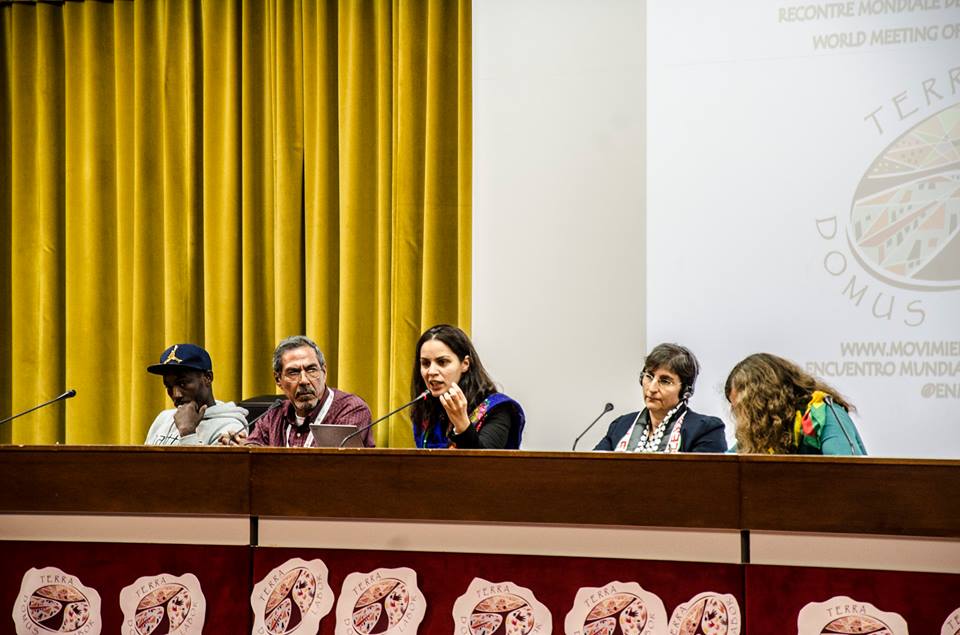